Who Am I, and Why Do I Engrave Pet Memorials?

You may not know me... My name is Jean Cote. I'm the founder of Furever Memorials and I've been a pet lover all of my life.

I raised two beautiful, loving dogs since they were puppies that I named Onyx (the black & white Siberian Husky) and Chase (the red & white Border Collie.)

Here's a picture of my pets and I. 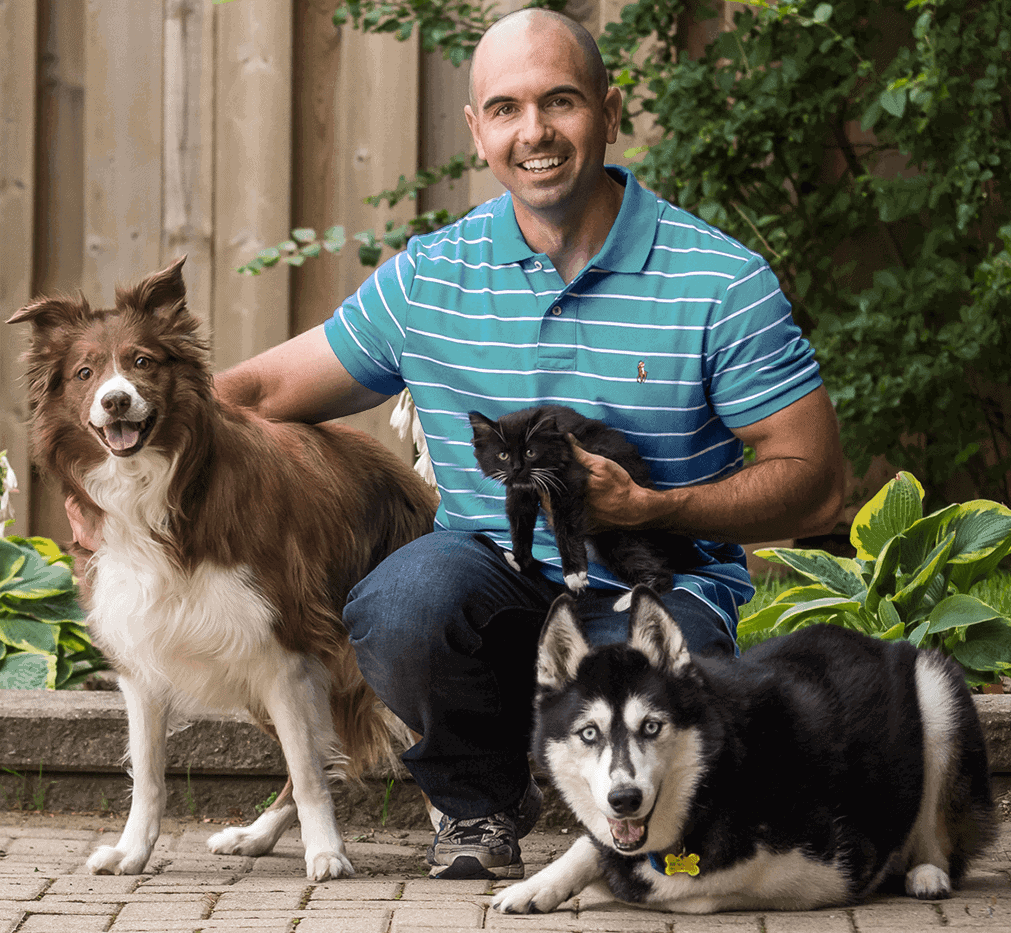 My dogs weren't just "pets" to me. They were part of my family.

I did everything with them.

I attended and completed all four grades of dog training school. In fact, they ended up so well-trained that they would walk next to me without even needing a leash.

It made going on long hikes in nature quite enjoyable.

I also got hooked on competing in dog agility. Perhaps you've seen this on TV? Where dogs run around an obstacle course, going through weave poles, running through tunnels and jumping over obstacles.

It's super fun. The dog who completes the obstacle course the fastest wins.

I won my very first dog agility trial with Onyx in 2006.

Then, one winter, I taught them to pull me on skis. This is called skijoring, it's like dog sledding but the dogs pulled me on cross country skis. It was very thrilling, especially when we went downhill a bit and I would end up skiing as fast as they could run.

I also got hooked on competing in dog agility.

Perhaps you've seen this on TV or YouTube. Where dogs run around an obstacle course, going through weave poles, running through tunnels and jumping over jumps and other obstacles.

The dog who completes the obstacle course without making a single mistake wins. 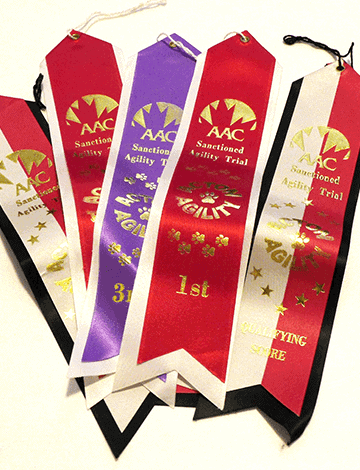 Then, one winter, I taught them to pull me on skis. This is called skijoring, it's like dog sledding but the dogs pulled me on cross country skis. It was very thrilling, especially when we went downhill a bit and I would end up skiing as fast as they could run. 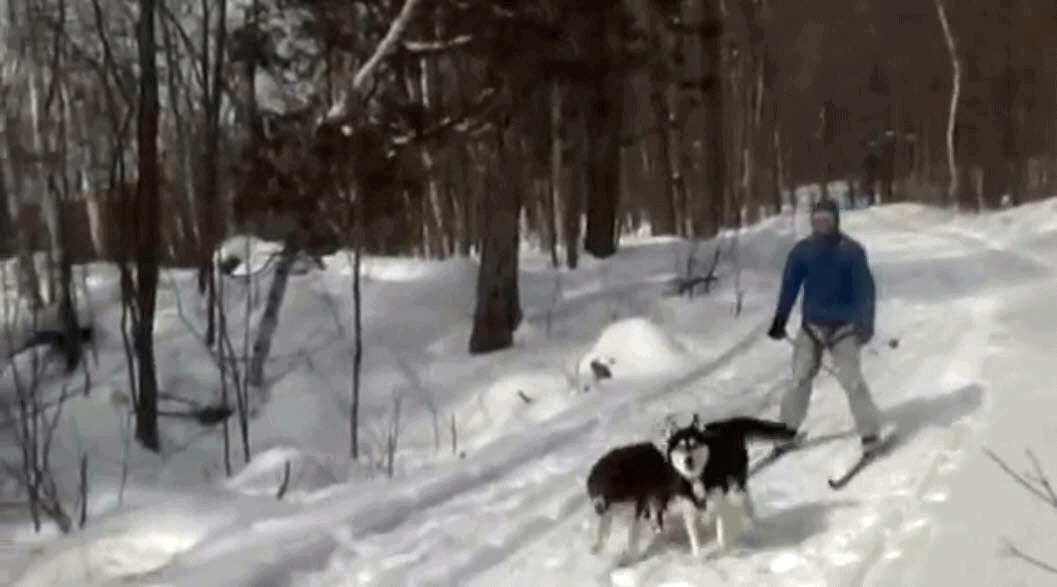 Not to mention the countless tricks I've taught them. (My favorites were the standing high-five and jumping into my arms. Those were always big crowd-pleasers.)

But the one trick I'm the most "famous" for, if you can call it that. Was when I taught my dog Onyx (the black & white Siberian Husky) to play chess.

I mean, she didn't actually play, but I had taught her to pick up pawns from the chess board, so it looked like she knew how to play.

Here's a short video of her in action...

When my dogs got older in their senior years, it was very difficult.

Chase (the red & white Border Collie) woke up one day after a nap at age 12 and a half and could no longer walk.

She had many health issues over the years, but the one that broke the camel's back was when she developed a lump in her abdomen. This lump was putting so much pressure on her spinal cord that she could no longer use her hind legs.

I can't even describe how difficult it was to make the decision to put her to sleep.

Then, about six months later, Onyx (the black & white Siberian Husky) passed away of old age, at 15 and a half.

It was heartbreaking to see her energy levels plummet in just two day's time. During our last night together, my intuition told me it would be our last. So, I dragged my mattress next to her dog bed and I gently petted and comforted all night until she passed away naturally next to me.

I knew that I had given my dogs an amazing life. However, the guilt kept creeping in and I was always second-guessing my decisions. Thoughts like, maybe I could have done something differently that could have saved their lives.

But then, one day, calmness flew through me. I realized that death is part of life and that everyone has to go through it, my dogs included.

A few months later, I wanted to get a memorial to honour the unconditional love and companionship my dogs had given me for nearly a decade and a half.

Sadly, everything I looked at (online or in pet stores) was either made out of cheap plastic or was mass-produced in China. These types of pet memorials wouldn't last one harsh Canadian winter.

I knew from my years of going to work with my father in cemeteries what a high-quality memorial was supposed to look and feel like. (More about this below...)

My dogs were my life, and they deserved the best! 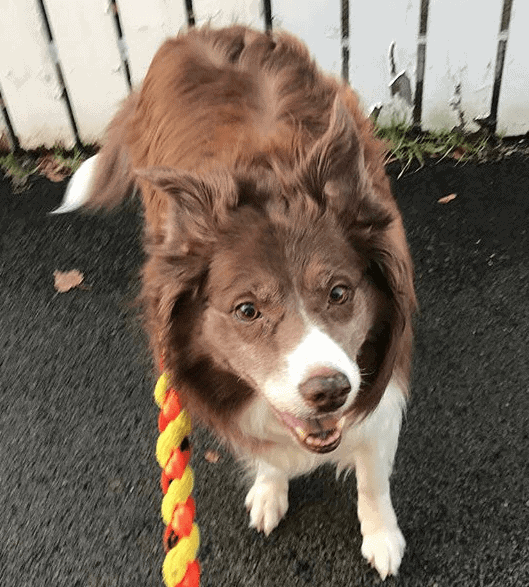 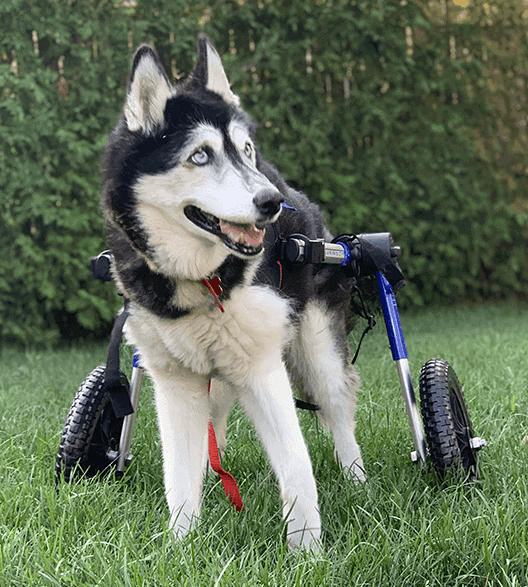 Up to that point, I had been involved in the monument trade working as a headstone engraver for 19 years. This is a trade that I learned from my father, who before me, did it for 43 years.

As a 9-year-old boy, I remember going to the cemeteries to work with my father in the summer.

Although I didn't do much work other than chasing squirrels around the cemeteries, I remember being mesmerized by all of the different headstones. Some were gigantic!

My father revealed how much they were worth.

My jaw dropped in disbelief.

He told me it was because the headstones were made of high-quality granite that are designed to last forever.

The granite has to be quarried into blocks, then manufactured into slabs, and finally turned into a headstone and delivered to the cemetery. And because granite is a natural stone that weighs a lot, it all requires special equipment and, overall, makes it all that much harder to work with.

No wonder they cost so much!

He taught me all the tricks of the trade before he retired in 2008.

I never once imagined that I would ever use my skills as a headstone engraver to make a pet memorial for my dogs.

Once I found the perfect piece of granite, I engraved it, and here's what it looks like...

Once I started showing my dog's memorial to relatives, friends and neighbours... It seems like everyone wanted one for their lost pet as well.

And I became the "go-to" guy for pet memorials... 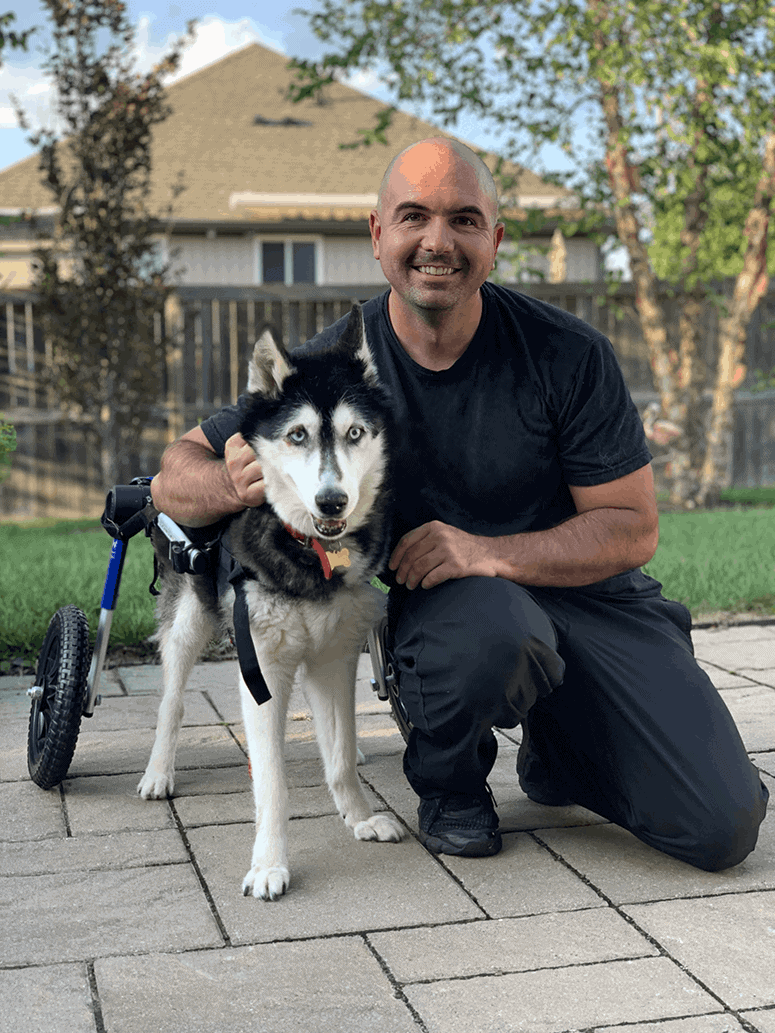 That's When Furever Memorials Was Born

I take pride in every pet memorial we manufacture. In fact, I take the same care and devotion that I would if I was engraving the memorial of one of my own pets.

I want you to be thrilled with your pet's memorial.

I want it to bring a smile to your face, and perhaps even give you a few tears when you see it. Knowing that your pet will forever be remembered.

My goal is to exceed your expectations and make a pet memorial as amazing as your pet was.

Personally, engraving these pet memorials is very emotional for me. I know how meaningful they are for my clients and it warms my heart knowing it will help them get through this difficult time.

Would you like me to create a beautiful memorial in your pet’s honour?

YES, LET'S GET STARTED!
Join Waitlist We will inform you when the product arrives in stock. Please leave your valid email address below.